Angle in a semicircle is 90 degrees

We can draw a triangle where the base is a diameter of a circle, and the third point of the triangle lies on the circumference of the circle: 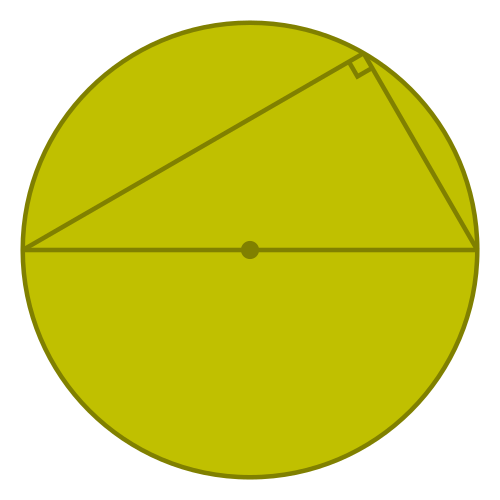 The angle at the circumference (called the angles in a semicircle) is 90°.

This theorem is covered in this video on circle theorems:

We can prove this as follows.

We label the vertices of the triangle A, B and C, and label the centre of the circle O. We are trying to prove that the angle at B is 90°.

We first draw an extra line from O to B like this: 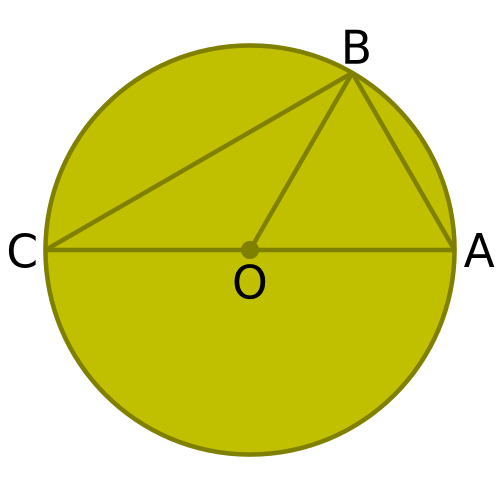 Notice that the lines OA, OB and OC are all radii of the circle, and therefore all of equal length. 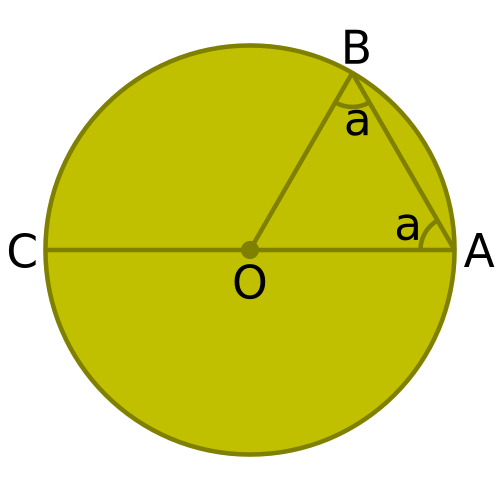 By the same logic, the two angles at the circumference in triangle COB are equal, and we will call them b: 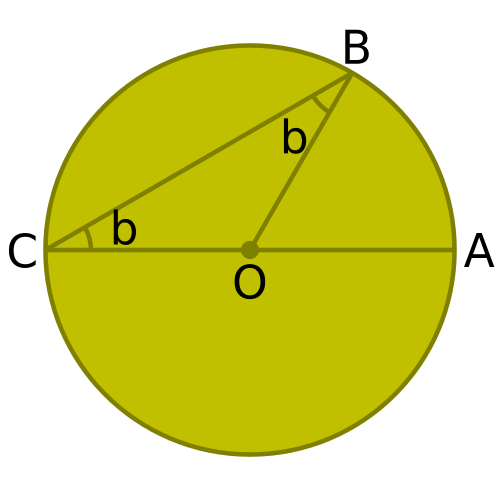 Looking at the original triangle ABC: 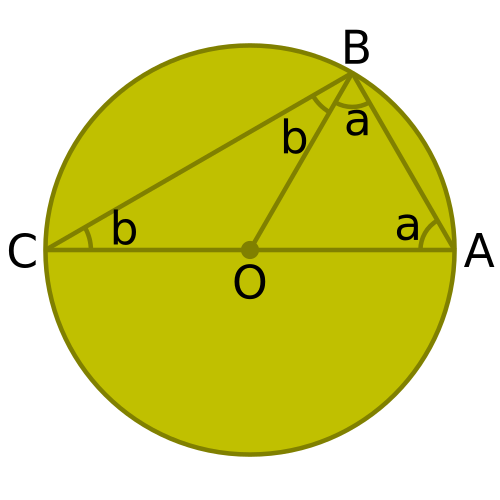