A local area network, or LAN, is a network that connects a group of computers in a relatively small area, for example a single building or group of buildings. A school or office (or a home with several computers) would use a LAN to connect their computers.

A LAN will often connect to other devices, such shared printers, or a modem to access the Internet.

A LAN is usually owned and controlled by a single organisation. So, for example, if two different companies had an office in the same building, they would each have their own separate LAN.

A LAN doesn't have to be small - an office might contain hundreds of computers but would still be classed as a LAN if all the computers are on the same local network.

A typical small LAN, such as a home network, might consist of a few connected devices. This might include: 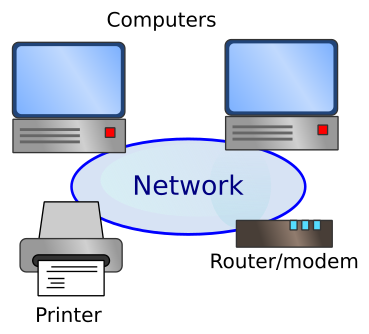 A school or office would be larger and might use different types of computers: 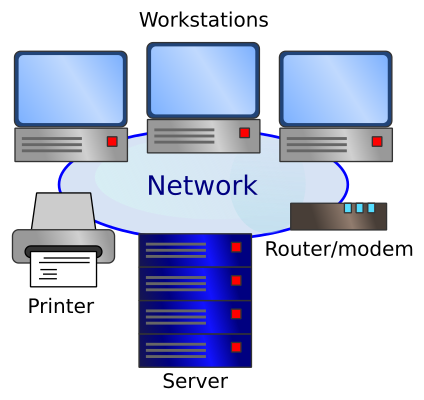 An larger office network will usually use wired connections, perhaps with a wireless access point for portable devices.

The benefits of a network

There are many benefits to networking. The main benefit is that it allows resources to be shared by different users, including:

There are other benefits:

Disadvantages of a network

There are a few downsides to running a network:

By contrast, a wide area network (WAN) is used to link compute that are much further apart. For example, if a company had offices in different cities (or even different countries), they would need a WAN to allow all their computers to talk to each other.

On a LAN, the computers and devices are usually connected by Ethernet cables, or Wifi, which have quite a short range (typically less than 100m). A WAN uses other technologies to communicate over much greater distances.