In a mesh network, there is no centralised control. All the devices (or nodes) in the network are connected to each other. 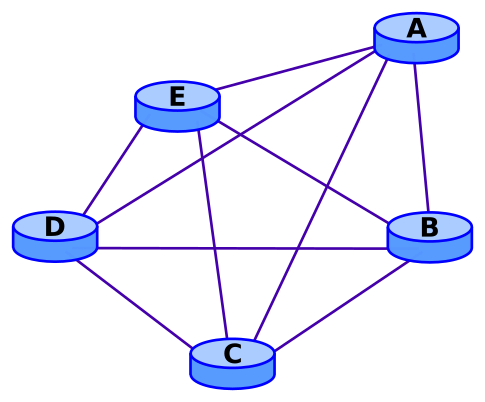 In the case show above, called a full mesh network, each node is directly connected to every other node. This means that any two nodes can communicate directly with each other, as fast as the network allows, without slowing any other nodes down. If node A is sending data to node C, at the same time as node B is sending data to node E, they can both transfer at full speed as they each have a separate link.

The diagram below shows a partial mesh. Each node is connected directly to some of the other nodes, but not necessarily all of them. 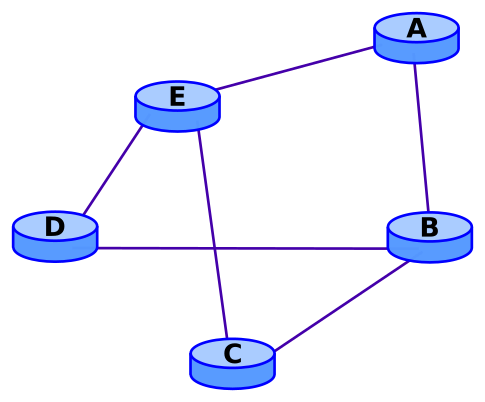 In a partial mesh, every node can connect to any other node, but sometimes it requires two or more stages. So in this example, node B can connect directly to node C. But if node A needs to connect to node D, it must go via another node, for example E.

In some cases, multiple nodes share a connection, so the available bandwidth has to be shared, resulting in a potentially slower network.

This has some important benefits: