In a star network, every device is directly connected to a central [[Network switch|switch]], by its own network cable. 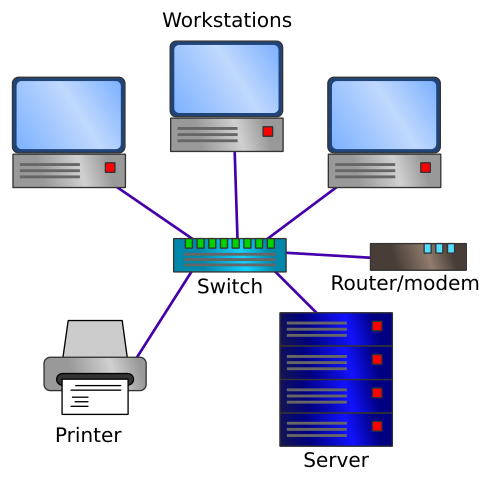 Devices on the network communicate by sending packets of data to each other. In a star network, each packet of data is sent to the switch. The switch sends the data on to the correct device. This is called [[packet switching]].

Some networks use a hub rather than a switch - they perform a similar job. Many modems contain a built in switch, so a separate switch is not required.

In smaller LANs, wireless networking is often used, so the devices do not need to be connected by cables. The wireless access point performs a similar function to a switch.